After many years of growing a beard that even Santa Claus would be proud of, and with a pony tail to match, Keith decided (with some gentle prompting, ok… serious nudging) that it was time for a fresh new look.

An agreement was reach that IF the staff and Management of UZABUS EBOP were prepared to put their hands deep into their pockets and support a very worthy cause, Hospice, he would make the ultimate sacrifice and remove the majority of his facial hair and even the prized ponytail.

So on the night of the end of year Christmas function, with Bev on the clippers and JJ on the microphone working his magic on the crowd, donations rolled in from the enchanted crowd.  Special mention must go to Aaron Barker (Little Sprouts Montessori), Ingrid Holland-Goodwin (Massage Me), John and Justin Allan for leading the way with extremely generous pledges.

With all the funds now collected the final figure received totalled $880.  This has now been donated to Hospice Eastern Bay of Plenty.

Thank you to everyone concerned for their generosity and especially Keith for the great idea.  He admits he has not seen his face free of facial hair for the best part of 35 years. We all watch with bated breath to see if he can maintain the new and improved look! 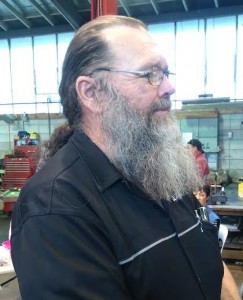 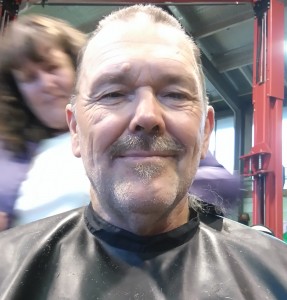